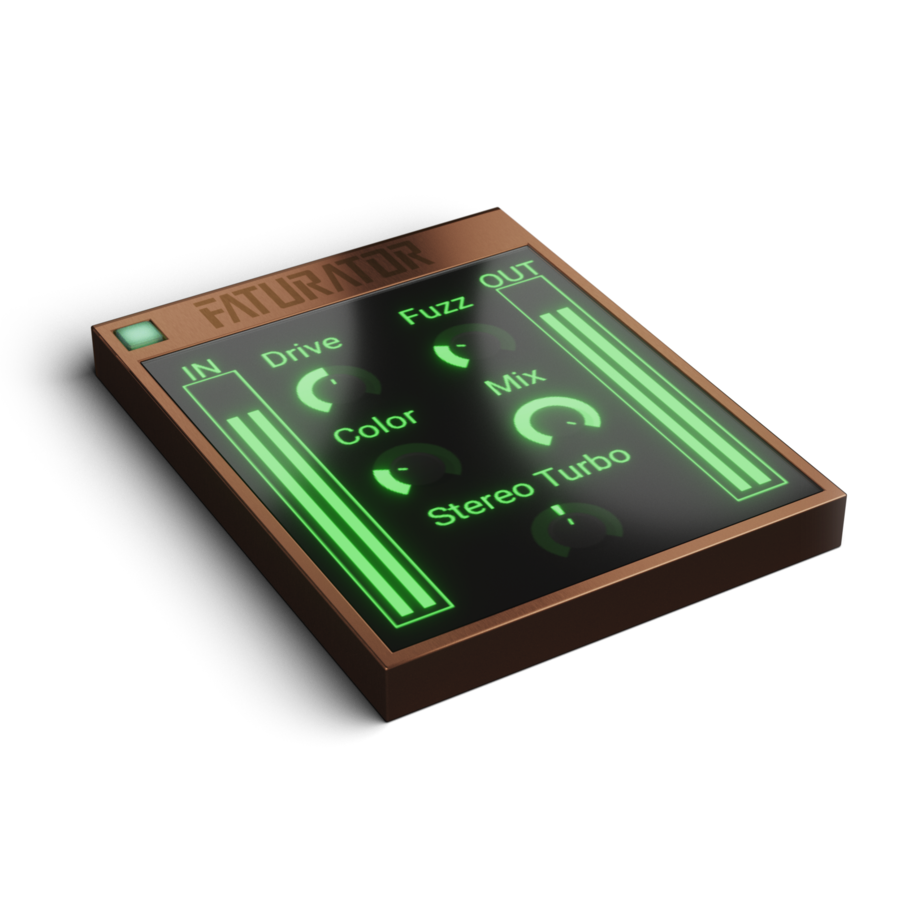 Grit, oomph, fatness, raw, color, or just that certain something.

Grit, oomph, fatness, raw, color, or just that certain something. Sometimes your sounds need a shovel of dirt. Faturator is standing ready to tear whatever you throw at it apart violently, and then gently (but firmly) put it back together fatter and rawer than ever.

Faturator can do everything from adding subtle and warm gritty character to your sounds to slam them into a wall of heavy saturation and digital fuzz. Unlike many distortion effects, Faturator can preserve the dynamics of your sound and work its wonders on it regardless of input gain.

For the heck of it, it can also color the input to emphasize a specific tone of the sound, or throw some stereo width into the mix. Everything to give you a fast and easy way of making any input come alive.

Shows the amplitude of the incoming signal in stereo.

Saturates the audio, making it sound fuller and heavier.

Shows the amplitude of the outgoing signal in stereo

Mixes the dry signal with the distorted one.

All our plugins and Content Banks are included in the Kilohearts Subscription. The subscription also gives you instant access to all new releases as soon as they are available.

For every 12 months you subscribe, you'll also get a $100 in Subscriber Rewards to put towards permanent licenses for any of our products.

Kilohearts recommend keeping up to date with OS versions as they become available. We are not able to support OS versions that are no longer supported by their respective manufacturers. If you are using an outdated OS please try our free trials to ensure compatibility before making any purchases.